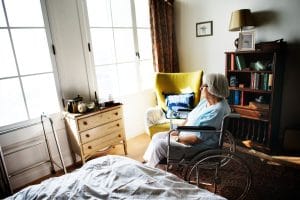 Ever since the pandemic began, nursing homes have seen a loss of staff and a lack of people interested in working in a nursing home. This has led to stressed out and overworked nursing home staff who have no choice but work longer hours and more shifts in order to make sure the residents of their facility are as cared for as possible. Unfortunately, even when our current nursing home care providers work as hard as they can, residents are often still neglected, and this neglect can lead to long-term health complications, injuries, and in some cases, death.

But there is a glimmer of hope on the horizon. The federal government wants new legislation that would mandate a minimum number of staff for nursing homes. This one simple change could affect millions of lives for the better.

What are the issues nursing homes are facing?

Nursing homes have faced a lack of staff in general, and the COVID-19 pandemic exacerbated this problem. Already-overworked nurses and staff members were burning out, and watching their residents die from the disease caused a lot of psychological trauma. Many staffers quit; others got sick or even died. This meant that patients in these types of homes were left with nonoptimal care as the current staff were stretched thin to make up staffing shortages.

In an interview on Alabama Public Radio, several experts and nursing home professionals weighed in on their struggles, and their thoughts about the upcoming federal minimum staffing requirement. Holly Ward is one of these professionals; she has worked as a geriatric nursing assistant in Baltimore for four years. She details how she alone might be in charge of at least 13 patients a day (and has in the past had more than that at other nursing home facilities). Taking care of these patients requires changing their clothes and linens, feeding them, and moving them.

Ward agrees with the interviewer, NPR’s Andrea Hsu, that taking care of people becomes much like a poorly functioning assembly line as when she is attending to one patient, another patient will require help in some manner, but Ward must deal with her current patients first, which leaves the other patient waiting in whatever discomfort they may be in–whether that be from bedsores because they have not been moved in a while, or in their own soiled clothes.

Hsu points out that “numerous studies have shown that understaffing nursing homes can harm the health of residents. You see more bedsores, more weight loss, overprescribing of antipsychotic medications and, in the pandemic, more COVID.” We have written on the overprescribing of antipsychotic medication in nursing homes in the past, and now we can see further how it is another symptom of understaffing.

Ward states that she wants to provide her patients with dignity, but without enough staff, they cannot do that. The support the residents need is more than just physical, but they also need emotional and mental support through everyday conversations. This sort of support is often overlooked in the face of attempting to care for all the residents and their physical ailments and requirements. Such a job where a caretaker ends up necessarily neglecting those in their care weighs heavily not only on the patients, but on the staff as well.

Why are nursing homes so understaffed?

Other than the dangers of COVID-19, poor staffing has always been a problem for nursing homes. The work is hard, and patients may suffer from medical conditions that leave them unable to move or communicate their needs. In many states, there are simply better paying jobs available. A recent search for a care staff position at a Biloxi nursing home showed a pay rate of $9.50 to $10.00 an hour. Certified nurses and nursing assistants make more, but the pay may be lower than it would in a hospital or private practice. Tina Sandri, the CEO of a nursing home in D.C., told NPR that “they can’t even get nursing assistants in the door for interviews. Nationwide, nursing homes are down more than 230,000 workers since the start of the pandemic. Sandri says she can’t raise wages for nursing assistants, who typically start at minimum wage,” because of her facility’s non-profit status.

Not only do people not want to interview in the first place for these jobs, but the turnover rate in nursing homes is three times what it was before the pandemic. According to one study which reviewed 492 million nurse shifts at 15,645 facilities, “Mean and median annual turnover rates for total nursing staff were roughly 128 percent and 94 percent, respectively. Turnover rates were correlated with facility location, for-profit status, chain ownership, Medicaid patient census, and star ratings.” The percentages for staff turnover are likely just as high, if not higher.

There are mixed feelings on the new federal staffing requirement. On the one hand, it is a good thing to require more workers at these facilities. They are in obvious need for workers; it only makes sense that we need to do more to take care of those who live in nursing homes, just as you would need enough nurses and doctors and other staff at a hospital.

However, Sandri does not feel optimistic about the requirement. Holding facilities to a number of staff that they cannot get in the door for interviews only punishes nursing homes for something they cannot control.

The interview ends with a plea from a resident for younger workers to consider working at a nursing home, and helping those who desperately need it.

What can I do if my loved one is being abused or neglected in a Mississippi nursing home?

The understaffed nursing homes can lead to plenty of negligence and malpractice, and while it is hard to blame those who are stretched so thin in trying to care for so many people, it is not fair for you or your loved one to have to suffer possible injuries because of that. The first thing you should do if you suspect abuse or neglect is to contact the Mississippi Long-Term Care Ombudsman Program. You can find your county’s Ombudsman here. An Ombudsman is an advocate for the rights of the elderly in long-term care facilities.

Next, call us. At Merkel & Cocke, P.A., our Mississippi nursing home abuse attorneys help families seek justice on behalf of their elderly loved ones. We have secured significant verdicts and settlements on behalf of the injured, and have decades of experience representing victims of medical neglect. We will review the circumstances of your case, analyze your loved one’s medical records, and present this information to a jury or in settlement negotiations.

To discuss your legal rights, call Merkel & Cocke at 662-627-9641 or fill out our contact form to schedule a free consultation. We represent clients in Clarksdale, Jackson, Oxford, and Greenville, and throughout the state, including in Tupelo and the Delta Region.