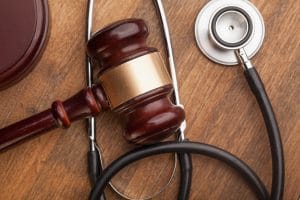 In February 2021, actress Ashely Judd suffered a crushing injury that almost cost her leg and her life. Thankfully, there were people who heroically helped move her to a hospital where she was able to get the medical care she needed. Even after her surgery, she will still need extensive physical therapy. Ms. Judd is a University of Kentucky graduate, the daughter of Naomi Judd, a notable country music singer, and the half-sister of singer Wynona Judd. In addition to being an actress, Ashely Judd is involved in global humanitarian work. She also holds an MBA from Harvard.

According to ABC News, she broke her leg while conducting research in the Democratic Republic of the Congo. The 52-year-old Ms. Judd posted photos of her experience on Instagram as a way of informing fans of her condition and honoring the people who worked tirelessly to save her leg and her life.

She wrote, “Friends. Without my Congolese brothers and sisters, my internal bleeding would have likely killed me, and I would have lost my leg.” I wake up weeping in gratitude, deeply moved by each person who contributed something life giving and spirit salving during my grueling 55-hour odyssey.” She identified by name the people who found her, “set her leg,” and moved her to safety.

Her leg was broken in four places. There was severe nerve damage.

Ms. Judd accident occurred when she fell over a fallen tree while in the rainforest. She was on the ground for 5 hours biting a stick to endure the pain while passing into and out of shock. It took her another 6 hours to get back to a village, here a plane was able to transport her to a hospital in South Africa.

While most of us won’t be trekking up and down a rainforest here in Mississippi, trips, slips, and falls can lead to life-threatening injuries, especially when they occur in more remote parts of the state. If, for example, you wipe out on a motorcycle or take a fall in rocky terrain, you could be reliant upon an air ambulance or police helicopter to bring you to safety. In February, a man was killed and another was injured after their vehicle plunged into the Mississippi River near the I-74 bridge. There is always the risk of sustaining life-threatening injuries during hunting season, too, from dangerous or defective tree stands. If you fall from a stand, it could take hours before emergency services are able to get you from your location and to a hospital.

In more remote parts of the state, cell service may be spotty (or nonexistent), leading to a potentially deadly delay in emergency services – though a rough storm will take out cell service, too.

The costs of being injured in a remote area

Ms. Judd admitted in an interview that she was very lucky to have disaster insurance to treat her catastrophic injury – unlike most of the residents of the Democratic Republic of the Congo. Disaster insurance isn’t something you can purchase in Mississippi, unless it’s within the confines of your homeowners’ plan. That means you could be stuck footing the bill for an expensive medevac or even a ground ambulance, on top of whatever costs are associated with the hospital stay.

At Merkel & Cocke, P.A. our lawyers handle all types of personal injury cases in Mississippi, including slips and falls. We have the experience and resources to help you get justice. We demand compensation from the responsible parties, even when you don’t have your own insurance, for all your injuries. To discuss any accident case, call us at 662-627-9641 or fill out our contact form to schedule a free consultation. We represent clients in Jackson, Clarksdale, Oxford, Tupelo, and across the Gulf Coast Region.