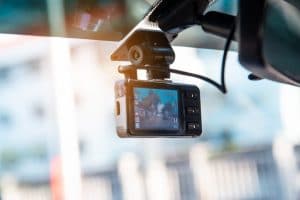 Everywhere you go, you risk being recorded on video one way or another. Video cameras are everywhere. Between security cameras, mobile phone cameras, traffic cameras, and dashcams; you could wind up on a video recording without even knowing it. However, one of these cameras could wind up benefiting you if injured in a car accident one day. Video evidence of a Mississippi car crash can be crucial to you winning a claim against the at-fault driver.

Benefits of a dashcam for your vehicle

With dashcams widely available for anywhere from $50 to $400, more and more drivers throughout Mississippi are installing them in their vehicles. Even if you purchase a top-of-the-line camera, it can wind up saving you thousands of dollars in repairs and medical bills if it can prove you were not at-fault in an accident. The benefits of dashcam footage include:

Aside from a dashcam, there are plenty of other cameras that can be used in Mississippi car crash claims. These cameras include mobile phone cameras, traffic cameras, and even building security cameras. Police officers will often request video footage from local businesses in an effort to investigate a crash if there were no other witnesses or if stories from witnesses aren’t matching up to the physical evidence.

Insurance companies cannot use video footage if any of the following applies:

So long as the video footage was obtained legally and with consent, it can be used either for or against you in court. For example, if you want to use your own dashcam footage of a crash, it will be allowed. However, if an insurance company hired a private investigator to film you driving or outside of your home after a crash (without your consent), the video footage will not be allowed in court.

Mississippi car accidents don’t have to be severe in order to cause a lot of damage to your vehicle or injuries to your body. The experienced and compassionate team at Merkel & Cocke, P.A. can investigate your crash and help you recover the compensation you deserve. Call our office at 662-627-9641 or complete a contact form to schedule a consultation today. We operate offices in Jackson, Clarksdale, and Oxford in addition to serving clients in the City of Tupelo.