If you sustained injuries from DePuy Synthes’ Attune Knee System, contact us today

If you sustained injuries after a knee replacement surgery with an Attune knee system, you may be entitled to damages. The DePuy Synthes’ knee replacement system had an “unusually high” rate of failure. Merkel & Cocke, P.A. is representing Mississippi injury victims in product liability lawsuits against DePuy. Contact us to learn more.

In 2011, DePuy Synthes, as subsidiary of Johnson & Johnson, introduced the Attune knee replacement system to the market. The new system was designed for total knee arthroplasty, a surgical procedure where parts of the knee joint are replaced.

In 2014, Attune introduced updated products and technologies for the system: an anatomic patella (to replace a kneecap) and a rotating-platform, which was supposed to give patients a wider range of motion closer to a natural knee. Rotating-platform joints were long considered the superior replacements, and studies showed that the results were good.

In short? The devices failed. In 2017, The Journal of Knee Surgery published an article about the many flaws of the Attune devices, and the number of cases reported to the Manufacturer and User Facility Device Experience database (MAUDE). The researchers believed that the failure of these devices was underreported. The researchers concluded “in our experience of three community hospital centers, we have encountered an unusually high rate of early aseptic failures” of the Attune knee replacement system, and recommended further studies.

The most common problem was “tibial loosening.” The cement used to attach the plates to the lower leg failed to bond to the bone. As a result, the knee replacement device could shift, making it difficult – and painful – to walk.

Furthermore, the components of the device could also fracture over time. This, too, could lead to loosening, but it could also lead to parts of the device breaking off inside the body. Because Attune knee replacements were made of plastic, metal, and a Cobalt-Chromium-Molybdenum alloy, patients were at risk of metal and cobalt poisoning, as well as the potential for internal injuries caused by shards of metal or plastic.

The loosening of the device, along with its tendency to fracture, had serious consequences for patients.

No reason has been forthcoming about why these device systems were not recalled. However, in 2015, the company did recall 3,474 defective surgical tools because of a design flaw.

How the device made it to market

When DePuy put Attune on the market, it did so through 510(k) process. By claiming that the Attune system was “substantially equivalent” to another existing (or predicate) knee replacement device, the company was able to avoid the years of rigorous testing that new medical devices must undergo.

In the application, DePuy named 8 different knee replacement products, including their own devices (Sigma) and the Zimmer NexGen system. Most of these devices have been subject to recalls, and many are part of MDL and class-action lawsuits. This is because, under the current 510(k) clearance process, it does not matter if the predicate device was defective.

Remember that these devices were supposed to last long-term. For many patients, however, the difficulties started around 2 years after they had their knees replaced. Because of this, many patients had to undergo revision surgeries to fix or replace their devices.

The dangers of revision surgery

All surgical procedures come with risks, but revision surgery is an entirely different animal. When a surgeon has to remove an implant, he or she has to contend with your bone having grown over and around the implant. As such, the bone capacity is diminished when the implant is removed.

Remember, too, that most patients who undergo these types of surgical procedures are older, and the risks of surgery increase as we age. Older patients are, on average, less healthy than younger patients, which means there are risks when it comes to using anesthesia, too.

There is always a risk of infection setting in during surgery. Again, as we age, it gets more difficult for our bodies to fight these infections. What would be a serious complication for a younger, healthier patient could be life-threatening for an older one.

Finally, to add insult to the injury, revision surgeries are not always covered by insurance. This means that the patient may need to pay out-of-pocket for medical care, even though the device was defective.

When DePuy put Attune on the market, it did so through 510(k) process. By claiming that the Attune system was “substantially equivalent” to another existing (or predicate) knee replacement device, the company was able to avoid the years of rigorous testing that new medical devices must undergo.

In the application, DePuy named 8 different knee replacement products, including their own devices (Sigma) and the Zimmer NexGen system. Most of these devices have been subject to recalls, and many are part of MDL and class-action lawsuits. This is because, under the current 510(k) clearance process, it does not matter if the predicate device was defective.

You may be a good candidate for a medical products liability claim against DePuy if:

If you have sustained injuries stemming from your Attune knee replacement system, you could be entitled to compensation for your medical bills, lost wages, and pain and suffering. Merkel & Cocke, P.A. is currently accepting cases involving defective DePuy products. We have been fighting for the people of Mississippi since 1982, and are one of the largest plaintiffs’ personal injury firms in the state. We have the skills, resources, and experience to handle cases against pharmaceutical companies like DePuy, as well as against global giants like Johnson & Johnson.

Over the years, we have secured millions of dollars on behalf of Mississippi injury victims. When you are hurt, we are there. Schedule your free consultation today, and see what we can do to help.

Were you hurt by a defective Attune knee replacement system?

When you have been injured, you deserve a law firm that puts its full power behind your case. Merkel & Cocke, P.A. is a premier medical malpractice and medical device liability law firm serving clients throughout Mississippi, Tennessee, Arkansas, and in federal courts. Please call 662-627-9641, or fill out our contact form, and schedule your no-cost, no-obligation case review today at one of our offices in Jackson, Clarksdale or Oxford. We make in-home and in-hospital visits.

"Dear Ted, Thank you so much for all of your assistance closing the property in Clarksdale for Mr. Grant. Everything... 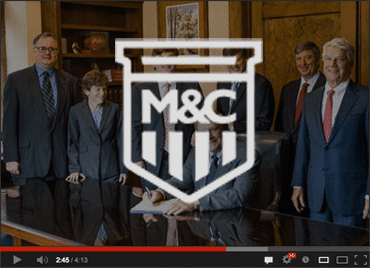