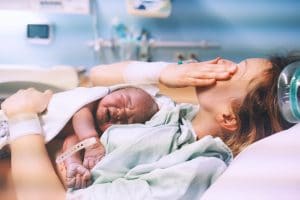 Every mother worries about how the delivery of the newborn will go. The prayer is that the child will be perfect and lead a happy life. The worry is that numerous things can go wrong in the delivery room. When OB/GYNs, midwives, or others involved in the birth process make mistakes or fail to communicate with the mother, the doctors may be liable for medical malpractice.

In a recent Buzz Feed News story, one mother’s story was illustrative of a mother’s fears. After several hours of pushing, her OB-GYN saw that the baby’s body was facing her abdomen – in the “sunny-side-up position.” The sunny-side-up position is a risky position because “the baby’s head circumference measures larger from the back than the front.” The mother, Emily, recalled that the physician started turning the baby over. Her husband, who was crying as he watched, stated that the doctor never asked the parents about turning over the baby.

Emily ultimately gave birth to a healthy baby girl about a day and a half after her water broke. Emily now stresses out when friends tell them they’re in labor – until the baby is born. After the mother and baby returned home, Emily didn’t do well. She felt resentment towards her newborn. Like many parents, she was in shock from the trauma she experienced at the hospital.

What is birth trauma?

Birth trauma, or traumatic birth, is often mistaken for “the baby blues,” mood swings brought on by changing hormones that typically last a few weeks. It is different from post-partum depression, which can last for up to a year. Birth trauma can range from an inability to cope to full-scale post-traumatic stress disorder (PTSD). Mothers often have difficulty speaking about what happened in the delivery room. “According to a 2018 study in the Journal of Perinatal Education, nearly half of the people who give birth experience trauma, caused by a range of experiences.”

Birth traumas, according to the head of the National Association to Advance Black Birth, are even worse for Black mothers. Per Noelene Jeffers:

Black maternal health care is in complete crisis. We know that most of the maternity care providers are white, and there’s just not enough Black midwives and Black OB-GYNs to provide racially and culturally congruent care. I think that that’s part of the trauma that people are experiencing. They’re not able to make autonomous decisions and are being treated poorly when they ask questions and demand that their rights are upheld.

These stories are common, and we need to heed them

The stories of birth delivery trauma are numerous. One mother said it took her a half-year to even talk about her experience without crying. She said her midwife examined her just before the delivery. The midwife “noted that they could not feel the baby’s skull sutures but did not suggest that might mean he was unfavorably positioned. A moment later, his entire body fell onto the bed below me in a single push, with the midwife sitting in a chair 10 feet away, totally unprepared.” The mother is traumatized that the midwife team refused to see that the baby wasn’t in the proper position.

Another mother, Ally, said she “felt violated during a prenatal appointment when a doctor inserted and opened a speculum for a routine check without warning Ally, and again after the delivery of her first child by the same doctor, when she experienced a retained placenta.” The failure of the physician to explain why the doctor was removing the placenta was never explained. The mother felt like she was “being human-puppeted.” She had to enter a five-week program for trauma and postpartum depression at a local motherhood center – at her own expense.

Mothers who experience traumatic births are often fearful of having another child. That fear brings mixed feelings because mothers recall the love they have for their siblings. Mothers are upset if they do decide to have another baby (what else could go wrong?) and are upset if they decide against another baby (their first-born won’t have brothers or sisters).

New parents must be given time to heal and think about the birth experience. Their feelings and fears must be addressed. Mothers and partners should be given access to counseling as part of their post-partum care, and doctors should make reducing birth trauma and treating birth trauma part of the birth delivery experience. In a study produced by BMC Pregnancy and Childbirth, researchers created four themes for reducing traumatic birth:

At Merkel & Cocke, P.A. our medical malpractice attorneys understand that poor post-partum care can harm both mother and child. In some cases, it may rise to the level of medical malpractice. To speak with a seasoned birth injury attorney in Mississippi, call us at 662-627-9641 or use our contact form to discuss your case. Consultations are free. We represent birth injury cases on a contingency fee basis. We represent parents and children in and around Jackson, Clarksdale, Oxford, and Greenville, Mississippi.