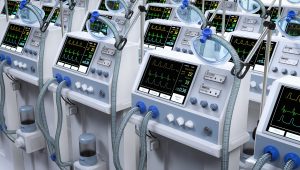 Recent complaints from leaders across the globe regarding the quality, or lack thereof, of medical equipment being made and exported by China, has led to the country halting its exports. The announcement was made earlier in April by the General Administration of Customs.

With the halt on exporting medical supplies, Chinese officials are examining all of the ventilators, N95 respirators, and various other defective medical supplies before sending them out of the country to any other country in the world. The delay could last between days and weeks for some countries, depending on how well the inspections go for China.

China leads the entire world in the production of medical supplies. The country’s global lead in medical supply production has increased immensely since it began a national mobilization in January. At the beginning of February, China was producing 10 million masks per day. Four weeks later, China’s daily production numbers of masks jumped to 116 million.

In addition to the checks that exporters must already make, the quality of all medical supplies will now be inspected by exporters before moving forward. The checks that were being made included the following:

The 11 categories that the new rules cover for exports from China include the following:

There has been no timetable placed on the inspection of medical supplies being exported from China.

The impact of COVID-19 has been immense in every country. Economies have struggled, hundreds of thousands of people have been infected, and medical supplies are in short supply. If you have questions about COVID-19 or how it might impact your life, call the office of Merkel & Cocke, P.A. at 662-627-9641 or complete a contact form online to schedule a consultation. We operate offices in Jackson, Clarksdale, and Oxford to better serve our clients.