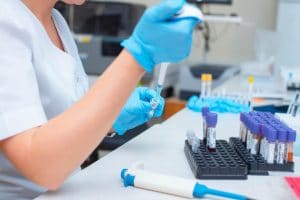 Expecting a new baby is a magical, wonderful thing full of joy. Whether it is a family’s first or ninth, knowing a new life is going to join your world is typically the best news someone can receive. That is why they jump right into preparations in every way possible. Designing a nursery, choosing a name, buying supplies, and buying clothes for your new baby still only encompasses a fraction of the work new parents put in before the baby is even born to make sure they can be set up for success from Day 1.

For many expecting parents, part of these preparations includes prenatal testing of some sort. These tests are typically designed to detect deformities or fetal illnesses that compromise the baby’s ability to survive out of the womb or live independently. They are intended to offer parents peace of mind, let them know when they should pursue further testing if they are at higher risk, and help them prepare in any way that may be possible.

There is just one problem: these tests do not work as often as they claim.

Do prenatal tests ever work? Are they worth it?

The first prenatal tests were designed to identify Down syndrome (trisomy 21), a genetic disorder which can impact a person’s ability to function independently in a variety of ways. Over time, new tests were created to identify other health conditions, like sickle cell disease, cystic fibrosis or neural tube defects, that can shorten life expectancy and overall quality. For this purpose, these tests usually worked, because that is all they were designed to find. However, even though tests are ordered and administered by doctors, they are created and distributed by companies who ultimately put business above all else.

In other words, testing companies like Labcorp and Quest Diagnostics fight each other to offer the “most” testing services with the “best, most reliable” results. They assure expecting parents and their doctors that they are capable of testing for incredibly rare illnesses in an effort to outsell their competition. This would be worthy of an eye-roll at most if those tests actually worked, but a worrying study is showing that, in fact, they rarely do.

The tests that perform the worst are those that claim to spot micro-deletions, or tiny missing snippets of chromosomes. These typically cause incredibly serious — and incredibly rare — birth defects and illnesses, so false positive results can have extreme consequences. Because of their rarity, some of them are just not known well enough yet for early detection to be possible despite what the companies may claim. For example Prader-Willi Syndrome is an incredibly debilitating disability that causes seizures and an inability to control food consumption, and those afflicted may have short, painful lives. The test used to “detecting” it provides a false positive 93% of the time.

Some tests may work better than others, but anything that claims to tell the future, especially regarding rare illnesses, should be heavily considered with your doctor before you submit to it.

The expectant parents who receive false positive results on their prenatal tests have no way of knowing the positive is false until they receive follow-up testing or their baby is born, which means they have to operate under the assumption that the positive is, in fact, real. These implications are tragic beyond measure. All the excitement for their new bundle of joy turned to terror and heartbreak and dread, and hours spent decorating their nursery could be spent frantically researching and learning as much as they can about how their child will suffer.

Not only that, but those who receive any sort of positive test result are supposed to seek follow-up testing, which may not be available to them until later in the pregnancy. In that terrible meantime, they have to grapple with deciding what to tell their friends, their family, and maybe even other children of theirs who are excited about their future sibling. It can be incredibly isolating, traumatic, and terrifying, making expectant parents feel helpless in the worst of ways. As if that is not bad enough, follow-up tests often come with a chance of a miscarriage. Imagine suffering a miscarriage just to find out the initial positive was false all along.

Doctors should not be administering most of these designer tests, but at the very least, they should be discussing the rates of these false positives with every pregnant patient they have. Regulation does not seem to be in the future for these tests — at least not right now — which means it is up to the medical professionals using them to make sure their patients do not make hasty, uninformed decisions. Wanting to get some sort of prenatal test makes sense, but unfortunately, you cannot trust the promises they make to sell them.

If a designer genetic test is wrong, can I sue?

Potentially, but it depends on the circumstances and the effects that the incorrect diagnosis had on you. If, for example, you believed your baby had a condition, disorder, or illness that had to be treated with a specific medication, and that medication causes damage to you or the baby, you may have a medical malpractice claim. Doctors can be held liable for any neglect or malpractice that injures the baby or mother during pregnancy or delivery. Understand, though, that these would be incredibly delicate cases, and you will need experienced, professional guidance.

If you are in Mississippi and you are not sure if your experience falls under medical malpractice, the best thing you can do for yourself and your family is ask the medical malpractice attorneys at Merkel & Cocke. With years of experience handling all sorts of personal injury and medical malpractice cases, we can give you the information you need to feel secure and help you where possible. For your convenience, we have offices in Oxford, Greenville, Jackson, and Clarksdale, and serve clients in Tupelo and across the Gulf Coast region. Call us today at 662-627-9641 or use our contact form to get started.