How to Fix Inaccurate Accident Reports

How to Fix Inaccurate Accident Reports 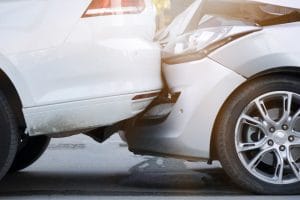 The police will perform several tasks at the car accident site such as arranging to remove the cars and vehicles to side of the of the road so traffic can proceed. The police will attend to any injured victims and make arrangements if anyone is tragically killed at the accident site. Law enforcement will question the drivers and witness about how the accident occurred and will examine the driver’s license and insurance policies.

All this information and other facts such as the description of the accident site and the damage to the vehicles will be entered in a written report the police will prepare at the accident site.

The report will also record if any citations were issued. The police may indicate who they think caused the accident. There will also likely be a visual drawing of the scene of the accident.

Generally, the accident report is not admissible in any trial or court hearing. The report can hurt your case, though. First, when police testify months or years later, they rely on the report to refresh their memories. Second, insurance companies will often use the report to decide who is at fault and what damages should be paid, if any. The police report creates an impression in the minds of the insurance adjusters and others as to what happened. It can be hard to overcome that impression if the report is inaccurate – unless steps are taken to correct the report.

Common steps after the police report is prepared

Usually, the report is made available to the public within a few days or a week after the date of the accident. It’s good practice for your lawyer to obtain a copy of the police report as soon as possible.

The main steps in correcting an inaccurate police report are to:

In some cases, it may be worth preparing a written statement and asking that it be attached to the report.

The best course of action is to hire an experienced car accident lawyer. Victims and witnesses shouldn’t speak with the police directly. They may say things that can be used against them in court. There is an artful way to speak with police officers that skilled lawyers understand. As soon as a car, truck, or other vehicle accident happens, call the experienced Mississippi personal injury lawyers at Merkel & Cocke, P.A. at 662-627-9641 or complete our contact form to review your case. We have offices in Jackson, Clarksdale, and Oxford for your convenience.