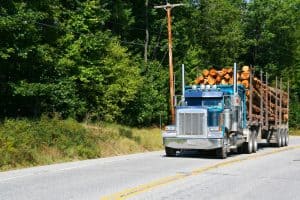 A recent WREG news story reported that the two trucks collided at the intersection of Cayce Road and Highway 302. The accident happened around 8:45 in the morning.

The victim, Brooks Brownlee, was driving the strawberry truck. Brownlee Farms said it would be closing its farm in nearby Red Banks. Mr. Brownlee was a beloved member of his community according to sources. The driver of the logging truck was taken to a hospital.

The report indicated that the intersection is a well-known danger. Accidents happen almost every week according to witnesses. Part of the problem is that there are lot of factories there, so a lot of people are using the intersection.

Why intersection accidents are so common

According to data compiled by the National Highway Traffic Safety Administration (NHTSA), nearly two in five (40%) of all vehicle accidents occur at intersections. The Insurance Institute for Highway Safety reports that 33% of intersection crashes occur in cities, and about 16% occur in rural areas.

Some of the leading causes of intersection accidents are:

T-bone accidents are quite common at intersections. In this type of truck crash, the front of one truck collides with the side of another truck. T-bone truck accidents often cause deadly or catastrophic injuries.

At Merkel & Cocke, P.A. our Mississippi truck accident lawyers work with investigators, the police, and others to determine how accidents happened and who’s responsible. Our attorneys also conduct thorough discovery of any witnesses and parties to the accident. We represent victims in Jackson, Clarksdale, Oxford, and across the entire Gulf Coast region. To discuss your case, please call us at 662-627-9641 or fill out our contact form.