There is some promising news for diagnosing a TBI according to a recent ABC story. In a January 2021 story, ABC reported that a “newly authorized handheld device will allow doctors to detect traumatic brain injuries (TBIs) in under 15 minutes, potentially saving lives by dramatically shortening the time it takes to properly diagnose the issue.” The manufacturer of the device is Abbott, a company based in the United States.

An associate professor of emergency medicine at the University of Michigan Medical School stated that the test is groundbreaking. It’s the first time doctors can analyze brain health by using a blood test.

Traumatic brain injuries, according to the US Centers for Disease Control and Prevention (CDC), accounted for 2.87 million ER visits, hospital stays, and deaths in 2014. They’re caused by a forceful blow to the head. Signs of a TBI include headaches, vision difficulties, fatigue, loss of memory, lack of concentration, dizziness, and insomnia. Delays in even mild TBIs, such as concussions, can cause severe health problems.

Before the use of this test, physicians generally relied on physical exams, questionnaires, and CT scans to diagnose traumatic brain injuries. These tests aren’t always reliable. The tests are very subjective because they primarily rely on the patient’s thoughts about how they’re feeling.

The Abbott blood tests “relies on molecular signatures in the blood rather than on murkier clues.” Plasma is extracted from the blood sample and then inserted into a handheld instrument. A doctor at the NYU Langone Health’s Concussion Center said that the test is valuable because it will help ER personnel decide who needs a CT or MRI and who doesn’t.

Abbot developed this test by working with “the Transforming Research and Clinical Knowledge in Traumatic Brain Injury (TRACK-TBI) research team and the U.S. Department of Defense.” Other medical professionals said the test will help reduce health care costs and reduce the risk of cancer-causing radiation from the CT scans.

The test isn’t a cure-all. It is meant to assist physicians who will still need to use clinical judgment. Still, the test will be very useful because. many times, ER doctors fail to make a TBI diagnose. “According to the CDC, 50% of concussions go unreported or undetected.”

The test may also be useful at sporting events or construction sites where TBIs are more likely.

At Merkel & Cocke, P.A. our Mississippi personal injury lawyers work with your physicians and independent doctors, when necessary, to fully understand just how devastating your injuries are. We demand that liable defendants pay damages for all your medical expenses, your pain and suffering, and any income loss. We understand just how difficult it can be for brain injury victims to function let alone live work or live as they did before an accident. To pursue your claim, call us at 662-627-9641 or fill out our contact form to schedule a free consultation. We have offices located in Jackson, Clarksdale, and Oxford for your convenience in addition to proudly serving clients in the City of Tupelo. 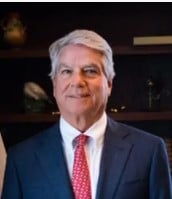