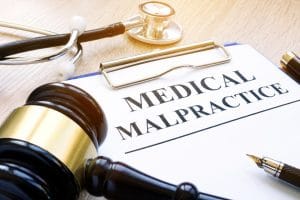 A new study by the prestigious Johns Hopkins University School of Medicine and a data analytics business (CRICO Strategies) based in Boston analyzed the main causes of medical diagnostic errors. The study focused on three severe medical illnesses- cancers, infections, and vascular events (heart attacks and strokes). The researchers studied the top five conditions that were misdiagnosed in those three health disorders.

According to Health.com, nearly 1 in 10 patients with one of these three severe medical conditions was misdiagnosed. The 15 conditions (five conditions for three categories of illnesses) account, according to the researchers, for nearly 1/2 of all medical malpractice missed-diagnosis claims. The misdiagnosis rate ranged from 2.2% for heart attacks to 62.1% for spinal abscesses.

The results of the study were published in the journal Diagnosis on May 14, 2021. The study is part two of a three-part study that focuses on the number of people who die, become permanently disabled, or are hurt due to diagnostic errors. Part three is expected to be published before the end of 2021.

What did the study prove about misdiagnosis?

There’s no overriding reason why medical diagnostic errors occur. A specific type of malady, such as stroke that doesn’t have the typical corresponding face-drop or speech problems, may be misdiagnosed. Dr. David Newman-Toker (the lead researcher) stated that normally doctors don’t misdiagnose strokes when the patient also suffers from paralysis on one side or can’t talk.

It’s the subtle differences that cause a misdiagnosis. For example, the researchers noted that only 3 – 5% of dizziness symptoms are due to strokes. Dr. Newman-Toker stated that doctors miss about 40% of strokes where the symptoms are vertigo and dizziness. While stroke-related diagnostic errors are about 8.7% overall (which is low compared to other diagnostic mistakes), the percentage is high when the frequency of stroke patients in the US is factored in.

The researchers found that some of the conditions that are often misdiagnosed are:

What harms are caused by medical diagnosis errors?

The harm rate for a few other conditions was much higher:

According to SIDM, a bipartisan bill called the “Improving Diagnosis in Medicine Act” aims to fund new “research centers of diagnostic excellence” at US academic medical centers. This legislation, according to Paul Epner, the CEO of SIDM, is a critical initial step in tackling improper or missed diagnoses – “a problem that is costing hundreds of thousands of lives and likely over 100 billion annually in wasted health care dollars.”

Can patients help reduce the risk of misdiagnosis?

While patients are not responsible for the actions of their doctors, they may reduce their risk of harm by advocating for themselves. Dr. Newman-Toker says that patients can help reduce the risk of a misdiagnosis by being ready for their medical visit. Patients should:

At Merkel & Cocke, P.A. our Mississippi medical malpractice lawyers work with experienced physicians who understand the causes of medical malpractice and how to show your physicians failed to comply with competent medical standards. We demand compensation for your medical expenses including corrective surgeries and treatments. We demand payment for any lost income. We demand compensation for your pain and suffering. We do settle many personal injury cases. If the insurance companies for the defendants are not being reasonable, we are ready to try your case before a jury.

To speak with a seasoned medical malpractice lawyer, call us at 662-627-9641 or fill out our contact form to discuss your case. Consultations are free. We handle medical malpractice cases on a contingency fee basis. We represent accident victims in Jackson, Clarksdale, Greenville, Oxford, and the entire Gulf Coast of Mississippi.