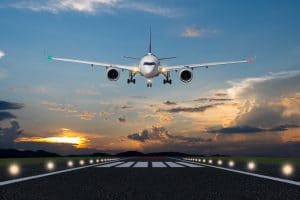 Two fatal crashes of the Boeing 737 Max have led to multiple investigations into what caused the planes to nose-dive. In both crashes, the pilots of the planes failed to adequately respond when just one sensor failed causing the nose-dives to occur with minutes after takeoff. The Boeing 737 Max was grounded after the second crash. Boeing is trying to prepare a software fix while regulators are reviewing what went wrong.

While the Boeing Max 737 is a new plane, the initial start system used a redesign of a system that is nearly 50 years old according to the New York Times. In October 2018, the first Boeing aviation crash killed 189 people after the plane took off from Jakarta, Indonesia. The second aviation crash, in March 2019, killed all 157 people on board after the start of an Ethiopian flight.

An October 2019 New York Times report now reveals that, according to a multiagency task force, Boeing failed to properly explain to FAA regulators how the new ignition system would work: “The Federal Aviation Administration relied heavily on Boeing employees to vouch for the safety of the Max and lacked the ability to effectively analyze much of what Boeing did share about the new plane, according to the report by a multiagency task force.” In other words, Boeing was essentially in charge of regulating itself, and the FAA allowed it.

The flight control system, the MCAS, was an automated system. As it turns out, because the new system was similar to the old one, the testing for certification was far less rigorous. Furthermore, the Times reports, “The task force said it believed that if F.A.A. technical staff had been fully aware of the details of MCAS, the agency would probably have required additional scrutiny of the system that might have identified its flaws.”

The task force is now recommending that the certification process for new planes based on old designs be updated.

Aviation accidents do not always lead to the death of the passengers and crew, but they often do. If your loved one is lost in a plane crash, you may be able to file a claim to ensure the safety and security of your surviving family members. Generally, the spouse, the parents of minor children, or the adult children of parents can file a wrongful death claim. One of these people must be appointed the personal representative.

The airlines and any other responsible entities, such as manufacturers, may be liable for:

Many aviation crashes are filed as class action suits since the liability issues for all the victims are the same. There are numerous grounds for liability including product liability, breach of warranty, and negligence. Skilled aviation lawyers work with professional aviation safety experts to help prove the airline was liable for the deaths caused by any plane crash.

When you need help, Merkel & Cocke, P.A. is here for you. Call our Mississippi wrongful death lawyers at 662-627-9641 or complete our contact form to schedule an appointment at one of our offices in Jackson, Clarksdale, and Oxford. We represent the families of plane crash victims throughout the state, including in Tupelo and the Gulf Coast Region.