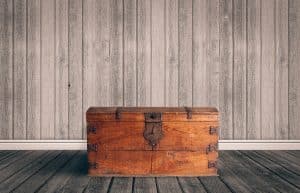 Author Elizabeth Spencer wrote that in Mississippi, “July heat is furious, but in August the heat has killed even itself and lies dead over us.” Since she’s a native to the Magnolia State, we’ll begrudgingly admit that she’s right. Heat has a different meaning down here in the Delta. But we feel that cool weather just over the horizon. For many families, that means opening the family hope chest and pulling out the fall and winter blankets.

Merkel & Cocke, P.A. recently represented a family in a lawsuit against a hope chest manufacturer. Their young child crawled into the chest, which locked automatically. Tragically, the child suffocated as a result.

We want to make sure that no family ever has to live with this kind of grief again; so today, we want to talk a bit about the dangers hope chests present, and what you can do to protect your family.

The hope chest dates to the fifteen century. These wooden boxes, often with ornate carvings or decorations, were given along with a bride as part of her dowry. In the 1900s, they made their way to America, where they stopped being part of the dowry and started being given as gifts to the bride from her mother.

Traditional American hope chests are made of wood (cedar is the most popular) and used to store clothing or linens. Some folks keep them at the foot of the bed (the traditional place) whereas others may display them in a living room or den.

Why can older hope chests be dangerous to children?

Hope chests are supposed to be air-tight; otherwise, moths or other bugs could get into them and infest the linens. Until very recently, most models (and certainly the country’s most popular models) also had an automatic locking mechanism.

The problem, of course, is that hope chests are inviting – they’re warm and dark and perfect for naps or a game of hide and seek. But once a child crawls into the chest, he or she has no way to get out of it. This is the real danger: a child who crawls into a hope chest can easily suffocate.

This danger prompted a massive recall of 12 million cedar hope chests in 1996. In total, between 1977 and 2015, fourteen children died after suffocating in hope chests across the country.

While suffocation is the worst-case scenario, an older, wooden hope chest poses other risks, too. The heavy tops can easily crush small fingers if they fall; the locking mechanism means that help can be delayed as parents or EMTs fumble with a key. For folks who keep their hope chests on public display, there is also a risk of children falling and hitting their heads (including their faces) on the corners.

The single best thing you can do to protect your family? Remove and replace the locking mechanism. You should contact the manufacturer first, because you may be able to get the replacement for free, even now.

Making a claim for a hope chest injury in Mississippi

Merkel & Cocke’s lawsuit was based in the theory of product liability – that manufacturers, designers, and retailers owe their customers a duty of care, and that a breach of that duty results in liability. In other words, if you make an unsafe product and you market it to people, and then folks get hurt, you can be held liable for their injuries.

A lot of product liability cases come down to the issue of foreseeability: is it reasonable to say that a company could have foreseen a particular issue, but not done anything to address it? If so, then the company might be liable because they:

The hope chest companies knew there was an issue with the locks; it’s what prompted that recall. Their failure to warn people of the risk of entrapment – an inherent risk built right into the design – is what makes them liable when someone gets hurt.

Product liability cases are a challenge no matter what the item is. Getting an experienced Mississippi defective product lawyer on your side is a good decision. At Merkel & Cocke, P.A., we’ve been protecting families in Mississippi since 1982, and put our collective centuries of experience to work for you. If you need an injury lawyer, please call 662-627-9641, or fill out our contact form. We represent folks throughout Mississippi, and maintain offices in Jackson, Clarksdale, Greenville, and Oxford for your convenience.