Doctor Who Danced During Surgery Is Suspended by Georgia Medical Board

Doctor Who Danced During Surgery Is Suspended by Georgia Medical Board 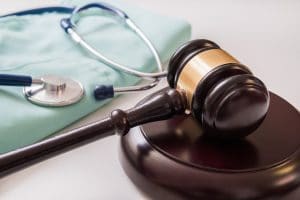 The Georgia medical board suspended a dermatologist after they learned, by viewing a video, that she was dancing to a hip-hop song called “Cut It” while conducting a surgical procedure. The board said that by continuing to practice she “poses a threat to the public health, safety, and welfare.”

The report about the dancing dermatologist was reported in the New York Times on June 7, 2018. The physician, who is the medical director of a surgery and skin practice in a suburb of Atlanta, Georgia described herself, on her website, as a “DOCTOR TO THE STARS!” — someone with “a surgeon’s hands” and “a woman’s touch.”

The patient in the video said she is now planning to file a lawsuit against the doctor for her pain and suffering and for her “lopsided buttocks’ and persistent itching. The patient said the botched surgery results are affecting her relationships, her life, everything. In addition to demanding pain and suffering damages, the patient is demanding payment for the medical costs to repair her disfigurement. The patient in the video is not the only complainant. Nine other patients have also claimed disfigurement due to medical malpractice. One patient is filing a complaint against the dancing dermatologist for brain damage.

According to the New York Times, the Georgia Composite Medical Board said it “received reliable information” that a patient had been taken by ambulance to a hospital on May 31, one day after a liposuction, breast augmentation and a Brazilian butt lift operation. The patient had a “collapsed lung and suffered from anemia because of acute blood loss.”

The dermatologist, according to an interview, said that she’s done nothing improper – that “I’m a surgeon, I’m supposed to be able to multitask.”

The attorney for the patient claimed the doctor was “practicing well outside the scope of what she should be doing based on her education and training.” The attorney stated that the medical board should have acted sooner. The lawyer provider more than 20 videos of the dancing doctor, many posted on YouTube, to the New York Times and other media outlets.

In the one video that was the lead for the New York Times story, the dermatologist was dancing to the hip-hop song “Cut It.” During the song, the dermatologist “prods at the midsection of Ms. Rideau, who is lying face down on the operating table. She fingers rolls of skin and jiggles them to the beat.” Continues the article, “As the hook picks up, she begins slicing at the air with her scalpel, just inches from the patient’s back. Then the video shows Dr. Davis-Boutte making incisions, her scalpel moving rhythmically. She pauses to wave the scalpel at the camera, the music continuing to play.”

Dr. Davis-Boutte later agreed to give up her medical license for at least two-and-a-half years.

Doctors owe their patients a duty to provide them with competent medical care. This duty applies to the diagnosis stage, the treatment state, during surgeries, and the post-operative stage. When medical mistakes happen, patients have the right hold the negligent health providers liable for their errors and to demand payment for their medical bills, lost income, pain and suffering, and disfigurement. In many cases, the medical bills include the cost of corrective surgery.

If your physician, hospital, or medical provider made your condition worse instead of better, call the Mississippi medical malpractice lawyers at Merkel & Cocke, P.A. at 662-799-1633 or use our contact form to make an appointment. We represent clients in medical malpractice claims and wrongful death claims across Mississippi, and maintain offices in Jackson, Clarksdale, and Oxford.