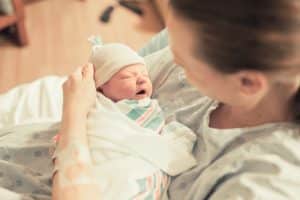 The birth of a baby is supposed to be a magical, happy time for a family, but medical errors during labor and delivery can turn this beautiful experience into a nightmare for new parents and their families.

Birth injuries, incurred during or at the time of birth, are traumatic and costly and have long term effects for babies and their families. The Mississippi birth injury attorneys at Merkel & Cocke, P.A., discuss the long-term effects of hypoxic-ischemic encephalopathy (HIE) in today’s blog.

What is Hypoxic-ischemic encephalopathy?

Hypoxic-ischemic encephalopathy (HIE) is a birth injury in which a baby’s brain is deprived of blood flow. It may develop during pregnancy; during labor and delivery; or after a baby is born, during the postnatal period. Other names for HIE include birth asphyxia, perinatal asphyxia, and neonatal encephalopathy. It is essentially a brain injury due to lack of oxygen.

It is estimated that about two in every 1,000 live births are impacted by HIE.

Hypoxic-ischemic encephalopathy may be caused by many things, but medical negligence during pregnancy, labor, and delivery, or in the neonatal care of the newborn is quite often a reason a baby develops HIE. Some causes of HIE include, but are not limited to:

Medical teams must monitor the mother and baby very closely during pregnancy, labor and delivery, and during the neonatal period. Women with high-risk factors must be observed and treated regularly for their conditions. Physicians must do all they can to prevent a mother from going into labor prematurely.

If a mother is in prolonged labor, physicians must intervene to make sure the baby is not deprived of oxygen during excessive contractions. This often involves performing an emergency C-section. The doctor and medical team have an obligation to do everything in their power to keep the mother and baby safe. If a breach of duty or negligence occurs, a baby may develop HIE.

What are the symptoms of HIE?

Some, but not all symptoms of HIE at birth include low Apgar scores, breathing problems, feeding problems, seizures, missing reflexes, low or high muscle tone, and altered levels of consciousness or alertness. Per UCSF Benioff Children’s Hospitals, “Babies born with HIE may:

Long-term effects of HIE on your baby – and your family

Although some children may not experience any health-related problems after oxygen deprivation or HIE at birth, some may have mild to moderate problems, and others may have severe permanent disability which may include, but is not limited to cerebral palsy, epilepsy, cognitive impairment, and development delay.

Depending on the circumstances surrounding the birth injury or incident, the outcomes of HIE may be affected by the following factors:

HIE can have debilitating consequences for a baby who suffers this injury, but it can also be life altering for the family. Severe HIE often involves lengthy treatments, pain, and suffering, and never ending, costly medical bills. If this lifelong trauma was due to the negligence of a physician, a medical team, or a hospital, the injured parties should contact an experienced medical malpractice attorney.

Long term effects may be devastating and painful to endure. Children’s Health notes that babies who have hypoxic-ischemic encephalopathy may experience life-long problems, such as developmental delay, cognitive disorders and neurological problems.

HIE can be the cause of multiple issues, including the following:

A birth injury resulting in hypoxic-ischemic encephalopathy may be the source of ongoing trauma for you, your child, and your family. Having a child should be a joyful experience for a family, but when mistakes in delivery cause harm to babies, and the medical team you trust betrays you, it causes lasting pain, medical challenges, and financial difficulties.

The Mississippi birth injury lawyers of Merkel & Cocke, P.A. aggressively defend the rights of families affected by HIE. We represent the vulnerable victims of medical malpractice and their harmed families. A child born with severe disabilities faces a lifetime of physical, emotional, and financial challenges. We believe that the responsible parties should be held accountable.

If you believe your baby developed HIE due to medical negligence, contact Merkel & Cocke, P.A. You do not have to bear this burden and fight this battle on your own. We will listen to your story and fight to defend your rights and the rights of your beautiful baby. We assist injured babies, mothers, and families throughout Mississippi, including Jackson, Clarksdale, Greenville, and Oxford, and across the Gulf Coast region. Call our office at 662-627-9641 or complete our contact form to schedule a free consultation with a Mississippi birth injuries attorney.