Car Accidents Still the Leading Cause of Injury in Mississippi

Car Accidents Still the Leading Cause of Injury in Mississippi 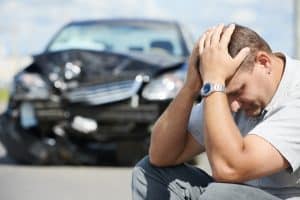 The Mississippi State Department of Health tells us that the mortality rate in MS was 82 out of 10,000 – higher than the national average of 62 out of 10,000 – based on data accessed in 2014. The Centers for Disease Control and Prevention’s most recent data, however, doesn’t paint a much rosier picture. We lead the nation in heart disease, Alzheimer’s, and kidney disease, and fall right behind our neighbors to the east when it comes to infant mortality rates.

But our leading cause of death and injury? Car accidents. According to the Insurance Institute for Highway Safety, we led the nation in 2016 for fatal motor vehicle crashes: 23.1 people out of 100,000 died that year in a crash or collision.

What leads to so many fatal car accidents?

Mississippi has a lot of unique infrastructure features that, frankly, make it more like for people to be seriously injured or killed in a wreck. The delta and the gulf, as beautiful as they are, are prone to flooding, which erodes the soil and the asphalt alike. About 25% of our rural roads – and we have quite a few of those – are in poor condition, which means drivers are more likely to blow a tire on a pothole, miss an obstruction or another car because of little to no lighting, or effectively avoid a crash with another vehicle.

The two leading causes of these deaths, though, are distracted driving and lack of safety belts.

The good news is that, as drivers, we have some modicum of control over the two leading causes of injury and death on our roads. We can put on our seat belts, and we can put down our phones. The bad news, however, is that we cannot force others to do the same.

I was hit by a distracted driver; now what?

If you are in a collision with a distracted driver, and you sustain injuries as a result of that crash, the first thing you want to do is exchange insurance information with the other driver. (Unless you are too injured on impact, in which case you should call an ambulance.) Next, you should call the police and report the accident.

If you are hurt, seek medical attention as soon as you can. Make sure to report your accident to your insurance company, and to request a copy of the police report.

Then, bring this documentation into one of our offices, and sit down with an experienced injury lawyer to see what you should do next. We can negotiate with the insurance companies to ensure that you get the best possible settlement offer for your injuries and property damage. If the insurer refuses to be fair, we can prepare your case for trial.

If sustained serious injuries in a Mississippi car accident, the lawyers at Merkel & Cocke, PA are here to help you recover compensation, so you can get the help you need. To learn more about our services, or to discuss your car crash claim with a member of our team, please call us at 662-627-9641 or use our contact form. We serve the entire Gulf Coast region from our law offices in Clarksdale, Oxford, and Jackson.