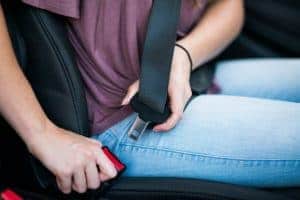 The most dangerous thing you will do in your life, you probably do every single day without thinking about it. It is getting behind the wheel of your car. Likely the most dangerous thing your child will do is ride as a passenger in a motor vehicle, especially if they live in Mississippi, where more children die in car crashes each year per capita. Mississippi also has the highest percentage of child fatalities in the U.S. who were not properly restrained.

Motor vehicle crashes are a leading cause of death for those between the ages of 1-54 in the U.S. per the Centers for Disease Control and Prevention (CDC). The CDC reports that although seat belt use is one of the most effective ways to save lives and reduce injuries in crashes for adults and older children who fit in seat belts properly, millions of drivers and passengers do not buckle their seat belts on every trip in the car.

Will the new seat belt law in Mississippi save lives?

On July 1, 2017, a new seat belt law became effective in Mississippi. Now, every passenger in the vehicle must be restrained by a seat belt. The old law required only front seat passengers and children under a certain weight limit to be restrained. Drivers can now receive a $25 fine for every unrestrained passenger in their vehicle. Law enforcement officers also have the discretion to issue tickets to drivers for allowing passengers to ride in the back of pickup trucks.

The new law, called Harlie’s Law, is named in memory of a 15-year-old student who was killed in a car accident in November 2016 while riding in the back seat of a car.

In a story in the Mississippi Today, Tawny Basden, program manager of the Youth Highway Safety Program at Safe Kids Mississippi, said, “Anyone unrestrained will be a human projectile no matter what the age. If they’re not properly restrained, they’re leaving the vehicle at the rate the car was traveling (before the crash).” She then added, “And if you have a rollover situation, then it’s a human washing machine. One person not buckled up in the backseat has the potential to kill everyone in the car.”

The research study in the Journal of Pediatrics draws a correlation between the fatality rate of unrestrained children and seat belt laws. The percentage of children who died in traffic crashes who were unrestrained or inappropriately restrained was 38% in Mississippi, where there was no law requiring back seat passenger to wear seat belts and 2% in New Hampshire, which has a seat belt law for children under age 18 (although there is no legal requirement for adults to use seat belts in NH).

The CDC recommends the following safety tips for parents and care givers:

The skilled Mississippi car accident attorneys at Merkel & Cocke are here to answer any questions you might have about your legal options after you or a loved one has been injured in a car crash. We have offices in Jackson and Clarksdale, but we also serve injured clients in and throughout Tupelo, the Gulf Coast Region, Tennessee and Arkansas.  You are welcome to call us today at 662-627-9641 or complete our contact form to schedule a free consultation.